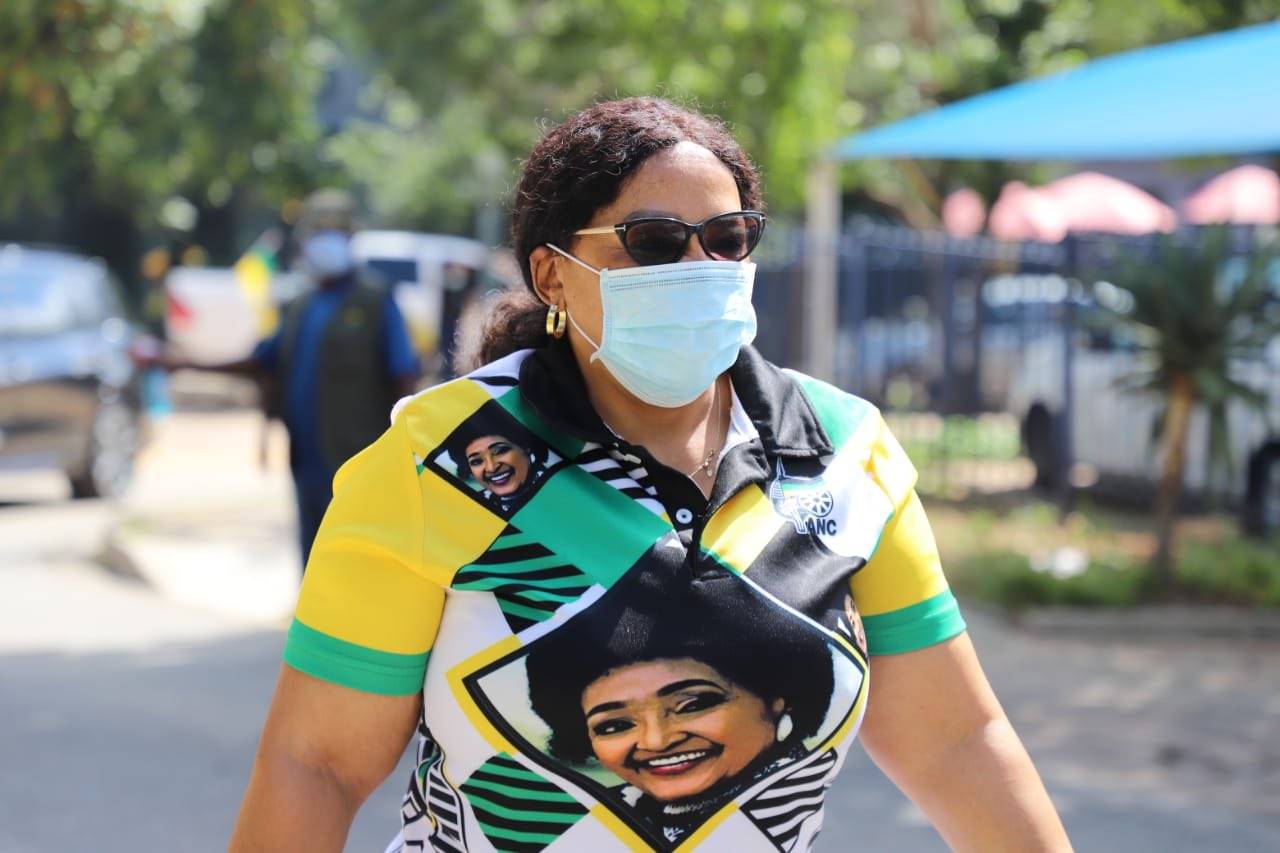 The chaotic North West ANC elective conference will not be able to conclude its programme on Sunday, with some of the processes now set to finish at a later date which is yet to be announced.

ANC head of organising Nomvula Mokonyane, addressing the media on Sunday evening, said: “There was this issue about tags. In fact, there are two instances, one is that there were individuals who invaded the registration centre and manhandled our administrators.

“They took away tags and fled; we know this because those were the tags that were supposed to be distributed now that there has been a readjustment to the number of delegates.”

The incident is said to have taken place at the Olympia Park Stadium, where the registration centre has been housed since Friday.

Mokonyane added a “criminal case has been opened against those individuals”, saying it was fortunate “there is also footage” of the culprits, who she called “thugs”, in the act.

Mokonyane credited the ANC’s upgraded “three-way security membership system and processes for picking up and blocking the attempted mischief”.

She said tags were found at the conference which were not “authentic ANC tags”.

“People might have thought they could go and clone our tags, but this tag and this tag are not the same…”

Mokonyane confirmed security had been tightening since the alleged incident.

The chairperson of the national executive committee members deployed in the North West, Obed Bapela, said due to server delays there was now a strong possibility not all programmes of the conference would be concluded.

“A majority of delegates have suggested that we start the voting for the top five now, and then we postpone the rest of the programme for a later date which will be announced.

“We have since also advised President Cyril Ramaphosa that because the conference has not concluded its business, he would not come.

“As you know, the president only closes the conference once all the work of the conference has happened, so we told him to no longer proceed to come to the venue,” said Bapela.

He added Ramaphosa really “wanted to address this conference”, so negotiations were ongoing regarding new dates for the possible conclusion of the conference.

Beyond the disruptions, there were also severe delays due to court litigation as well as unresolved disputes from branch level.